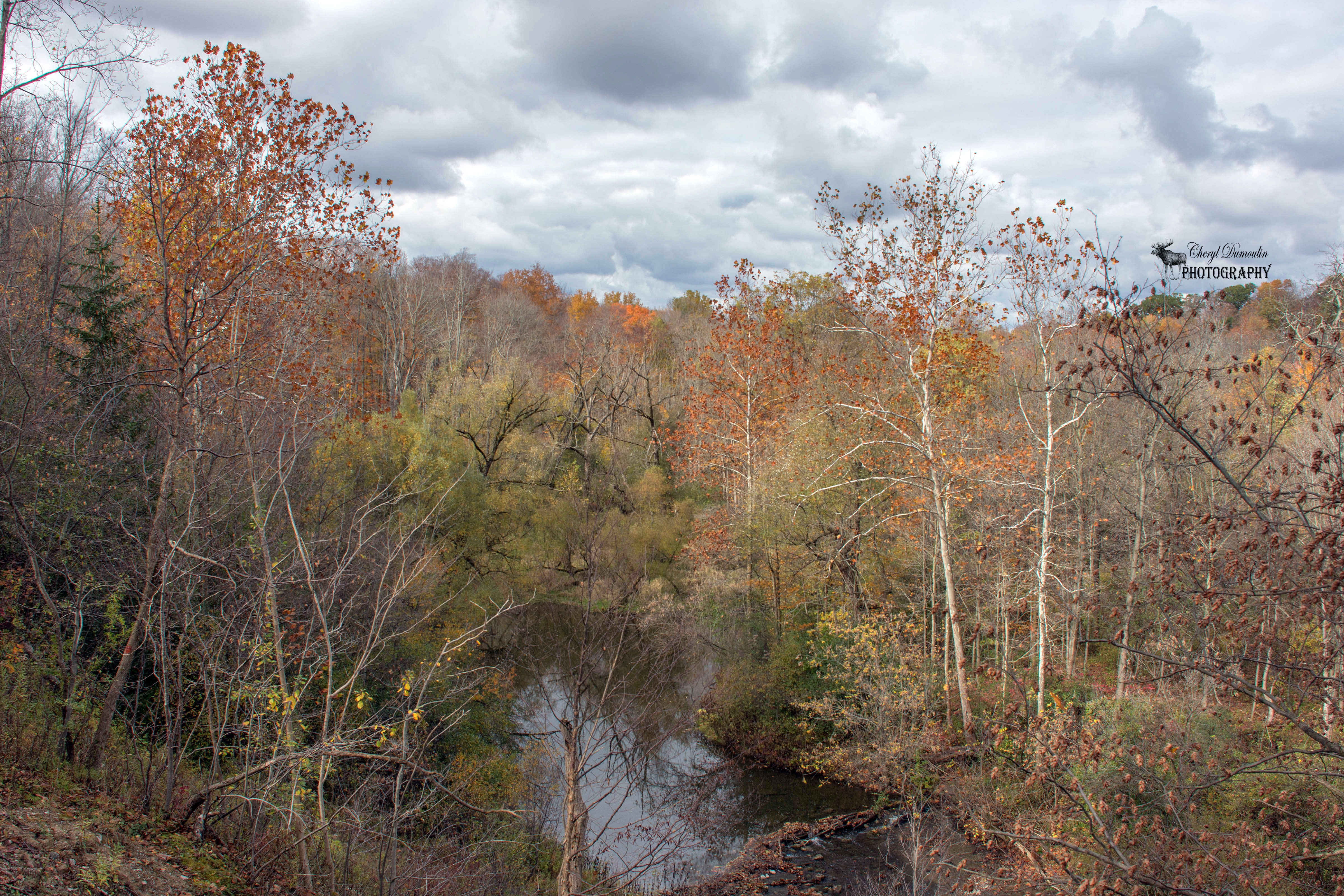 Medway Valley Heritage Forest ESA is located in North London, Ontario which is accessible from the Museum of Ontario Archaeology and the Elsie Perrin Williams Estate. The 129 hectares contains forests, swamps, marshes steep valley slopes. There are 10.6 kilometres of managed trails marked with yellow blazes on the trees.

There is a diverse system of trees and plants that cover the uplands and valley floor and the area provides a habitat for wildlife and many species of birds. Mallard ducks and Belted Kingfisher are spotted all year round along with the Great Blue Heron and Wood Duck who are common summer visitors. You may also see White-tailed Deer, Raccoon, Chipmunk, Muskrat and Beavers.

A coworker of mine told me about some hiking trails in behind the Museum of Ontario Archaeology and on the weekend I decided to check out the area.  The weather was perfect and the trails were not too wet which made the steep terrain easier to navigate. As I descended towards the valley floor I took a moment to take in the beautiful fall colours as I followed the trail downward.

When I reached the bottom I took a moment to get my bearings and headed down the trail into the forest following it along a small creek. The trail was very well maintained and was fairly easy to navigate. I eventually reached an opening in the forest where the creek was much wider and the water was reflecting the forest on its surface.

After hiking a bit further I crossed the smaller portion of the creek and took the trail upwards along the side of the valley. I slowly climbed up to a lookout point on the trail where I could survey the entire valley. It was such a breathtaking sight and so I got out my camera and began taking some photographs. There was also a point on the trail where the trees were almost bent over it with fiery fall colours over head.

Once I made my way back down to the valley floor I crossed back over the creek and starting heading towards where I had entered the trail. As I got closer to where I began my hike I noticed a large bird out of the corner of my eye. I held up my camera and took a look at it through my lens but I wasn’t sure what kind of bird of prey it was. So I moved in behind a tree overlooking where it was perched and took a bunch of photographs before it took off down into the valley.

Immediately after getting into my car I got out my cell phone and my camera and was able to determine from a google image search that the bird I had seen was a Coopers Hawk. I was so excited since this was my first encounter with this bird of prey and I felt grateful for the experience of being able to photograph it.

Below are the photos I took during my hike in Medway Heritage Valley Forest and of the Coopers Hawk. 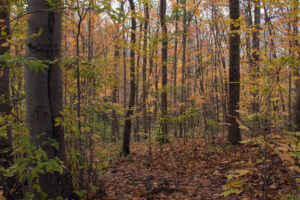 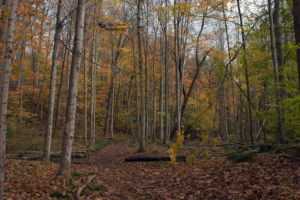 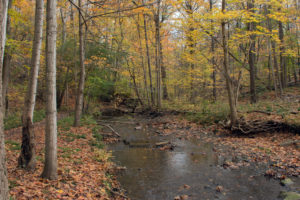 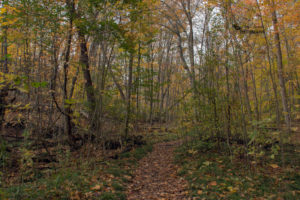 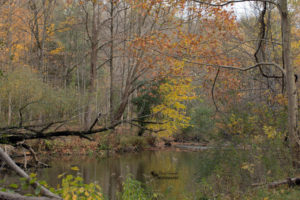 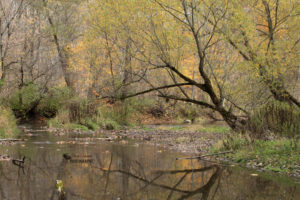 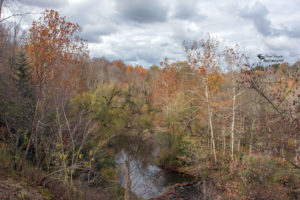 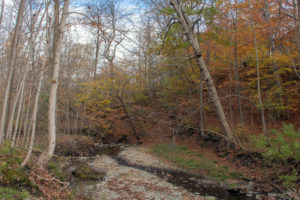 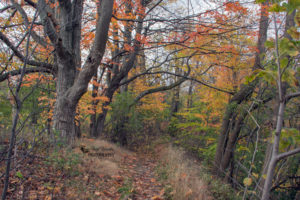 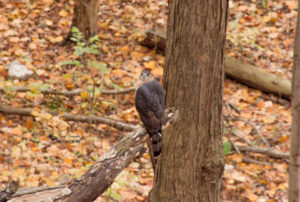 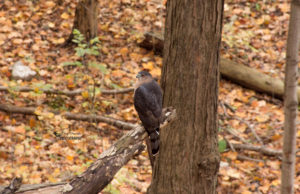 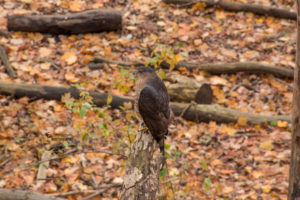