During the weekend I decided to take a walk through Springbank Park. It was a cool fall day but the weather was nice enough to spend some time enjoying the outdoors. I parked my car in one of the many parking lots along Springbank Drive and took a set of stairs down to the main pathway of the park.

After reaching the walkway I hiked along the riverbanks of the Thames River and took in all the beautiful fall colours out on display. I was drawn to one particular tree that was right next to the river that had a uniquely shaped trunk with long outstretching limbs.

As I approached the base of the tree I saw some movement out of the corner of my eye and when I got closer I realized that a chipmunk was right in front of me. It stopped when it saw me and froze for just long enough for me to take a photo of it before it took off in the bushes down below.

I kept walking down the pathway for a little while longer before deciding to turn around and head back home. But as I made may way back towards where I had parked my car I passed by a man on his bike who stopped me to ask if I had seen the Osprey. I told him that I hadn’t and he told me it was just up a ways in a tree along the river. He told me that he would ride to where it was and point when he got to it for me. I followed behind him and watched for him to point to the spot where the Osprey was.

When I reached the spot where it was I finally saw it sitting on a tree branch out over the river. I couldn’t thank this man enough for I would have completely missed the opportunity to view this bird for the first time. I got out my camera and found a clear shot through the trees and began photographing this incredible bird of prey. I could not believe how beautiful the Osprey was and how powerful its talons and beak appeared. They are amazing hunters and primarily eat fish which is why it was perched above the river.

Once I was satisfied that I had gotten enough photos I left the Osprey to go about its hunting. I was so thankful that the biker had seen me with my camera and let me know that it was there. It was such an amazing experience being in the presence of one of natures most fascinating winged predators. I’m looking forward to spending more time with this bird of prey in the future. 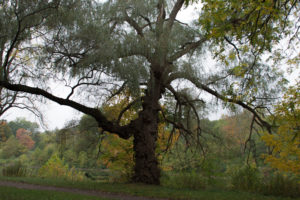 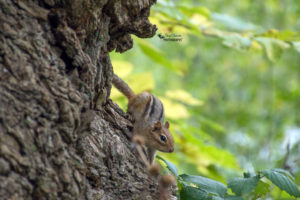 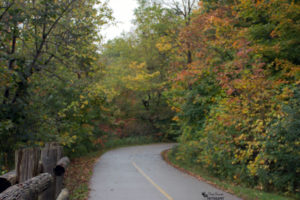 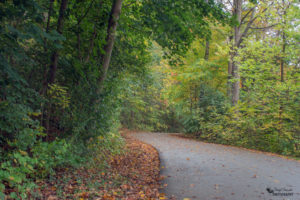 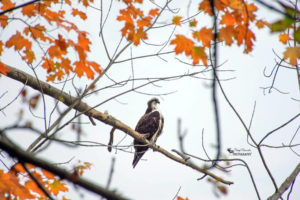