Harris Park is located along the Thames River in downtown London, Ontario. There are walking trails that take you along the riverbank where you will often find mallard ducks, Canadian geese and other wildlife. On this particular Sunday afternoon I felt like getting out of the house for some fresh air so I grabbed my camera and made my way down towards the park.

When I got down to the river I spotted several ducks and geese enjoying the sunshine. I was playing around with some of the settings on my new camera and trying a few things when I had an ah-ha moment. There was a male mallard duck that was cleaning its feathers in the river.  As it had begun to open its wings and flap them back and forth I took several photos until it finally settled back down. It wasn’t until I looked at the images in playback mode that I saw what I was hoping for.

A photograph with the mallards wings completely open as if frozen in time but the image was clear instead of blurry from the continuous motion. At first I couldn’t believe my eyes but I had finally figured out something in practice that I had only read about when learning about how to shoot in manual mode and how the photography triangle plays into capturing an image like this.

I have included that image below along with a few others taken from that afternoon. 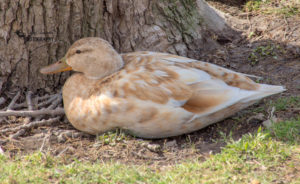 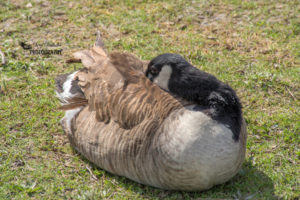 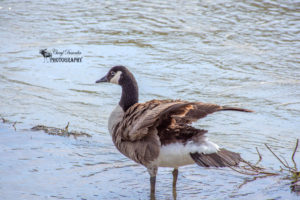 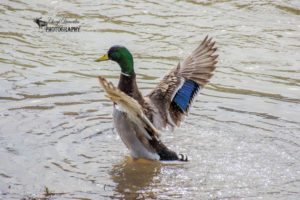