Canterbury Park is located off of Hyde Park Road accessible from South Carriage Road in London, Ontario. The park features a small playground and soccer field along with a paved hiking trail. The beginning of the trail takes you around a small pond where turtles frequent and where beavers have been reintroduced into the area.

While hiking there I discovered a dirt trail off of the main path that was not marked that lead me to a small stream. As I followed the stream along its banks I came upon another small pond which appeared to have a dam in place at the mouth of the stream most likely created by a beaver. I took a moment and looked around but did not see the beaver in the immediate area.

As I continued along the dirt pathway, I noticed at the top of one of the trees a small birds nest. No eggs were present and it appeared as though it had not been used for some time. As a precaution I kept my distance from the nest but I took a few photos.

On my way back along the main path I saw several red-winged blackbirds coming out to feed around the main pond. One in particular caught my eye in a nearby tree and I walked over to where it was perched. Standing underneath the blackbird I was able to take some photographs as it preened its feathers and rubbed it beak against the tree brach.

Below are some of the photographs taken from my visit to the park. 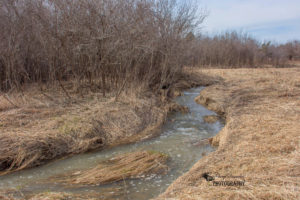 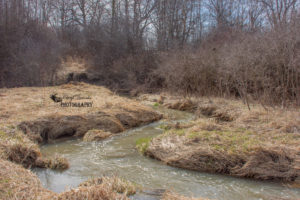 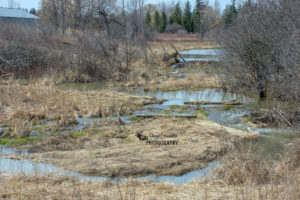 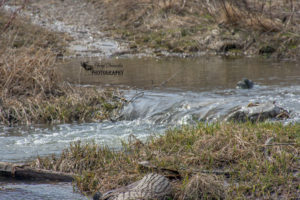 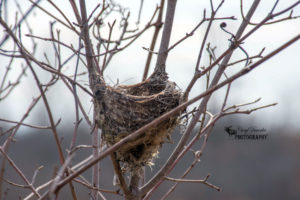 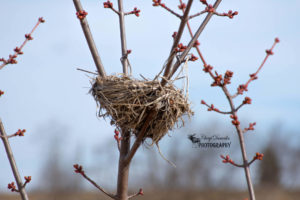 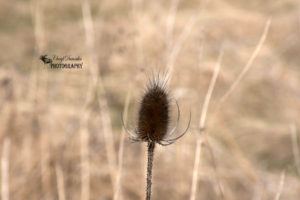 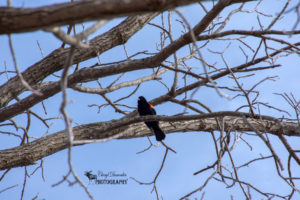