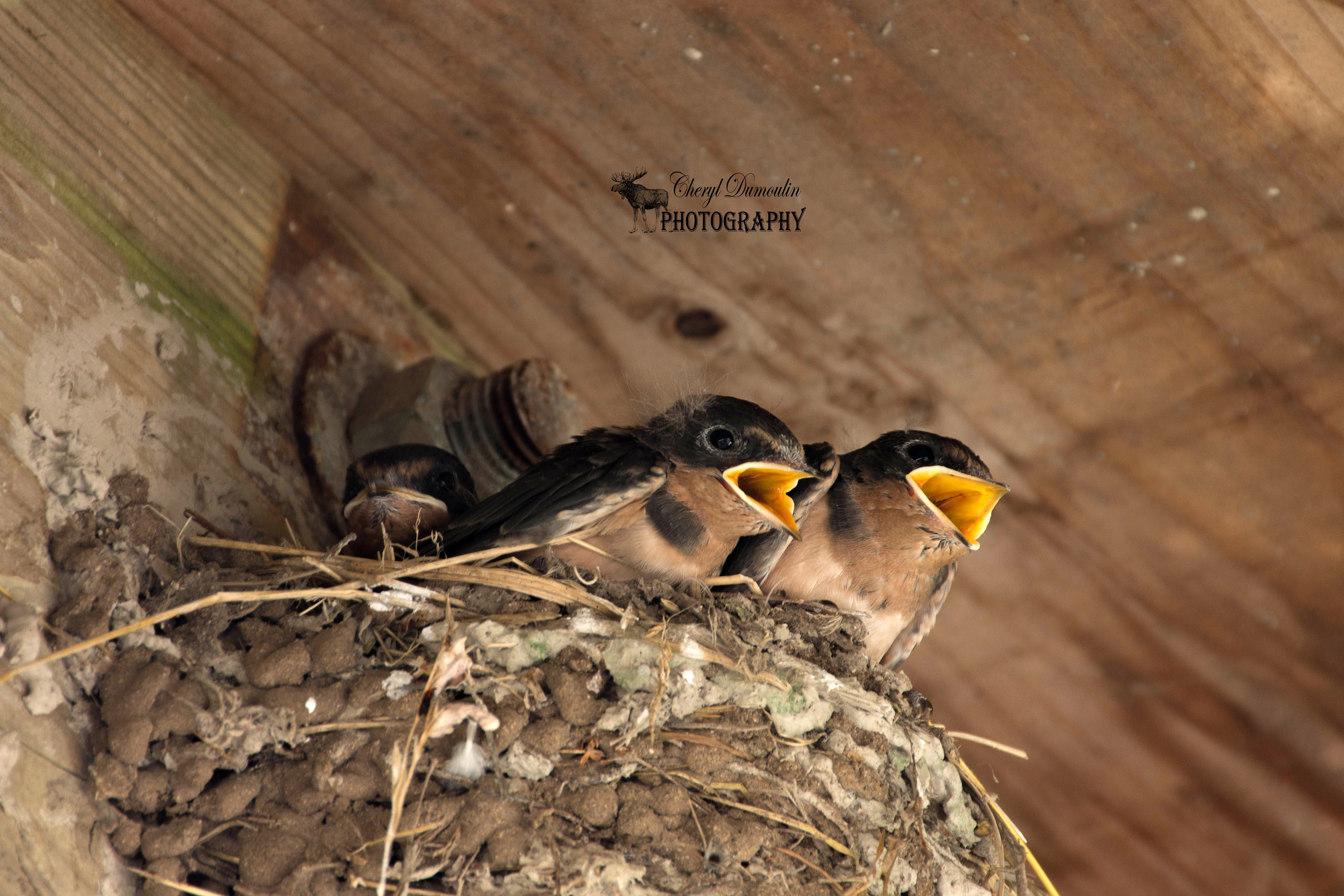 During my most recent to Point Pelee National Park I was treated to the sight of baby barn swallows in their nests at the Marsh Boardwalk Trail lookout tower. Everywhere you turned there were nests filled with chicks and the sight of adult barn swallows swooping in and around the tower with mouthfuls of insects. I watched as the parents took turns feeding their little ones and the endless need for them to return with more food to fill the hungry mouths patiently waiting.

I made it to the top of the lookout tower and took in the view of the marsh area before heading out onto the boardwalk trail. It was a particularly hot summer afternoon so there weren’t many birds around but there were plenty of dragonflies all along the walkway. I spotted several Blue Dasher’s hovering over the water and occasionally landing for a brief moment before taking off again.

Finally after exploring the woodland area surrounding the visitor centre I took the free shuttle out the tip exhibit to take in the view of Lake Erie. After reaching the point I could see large ships off in the distance and a hint of the coastline of the United States. I could tell by the condition of the tip area that they had been regrading it to build it up to withstand the waves from the lake.

Before leaving the park I briefly stopped at another lookout spot to see if I could spot any other birds or wildlife. The marsh wetlands are really beautiful and filled with so much life. I could spot some waterfowl off in the distance but unfortunately it was pretty quiet otherwise. I got into my car and started the long drive back home.