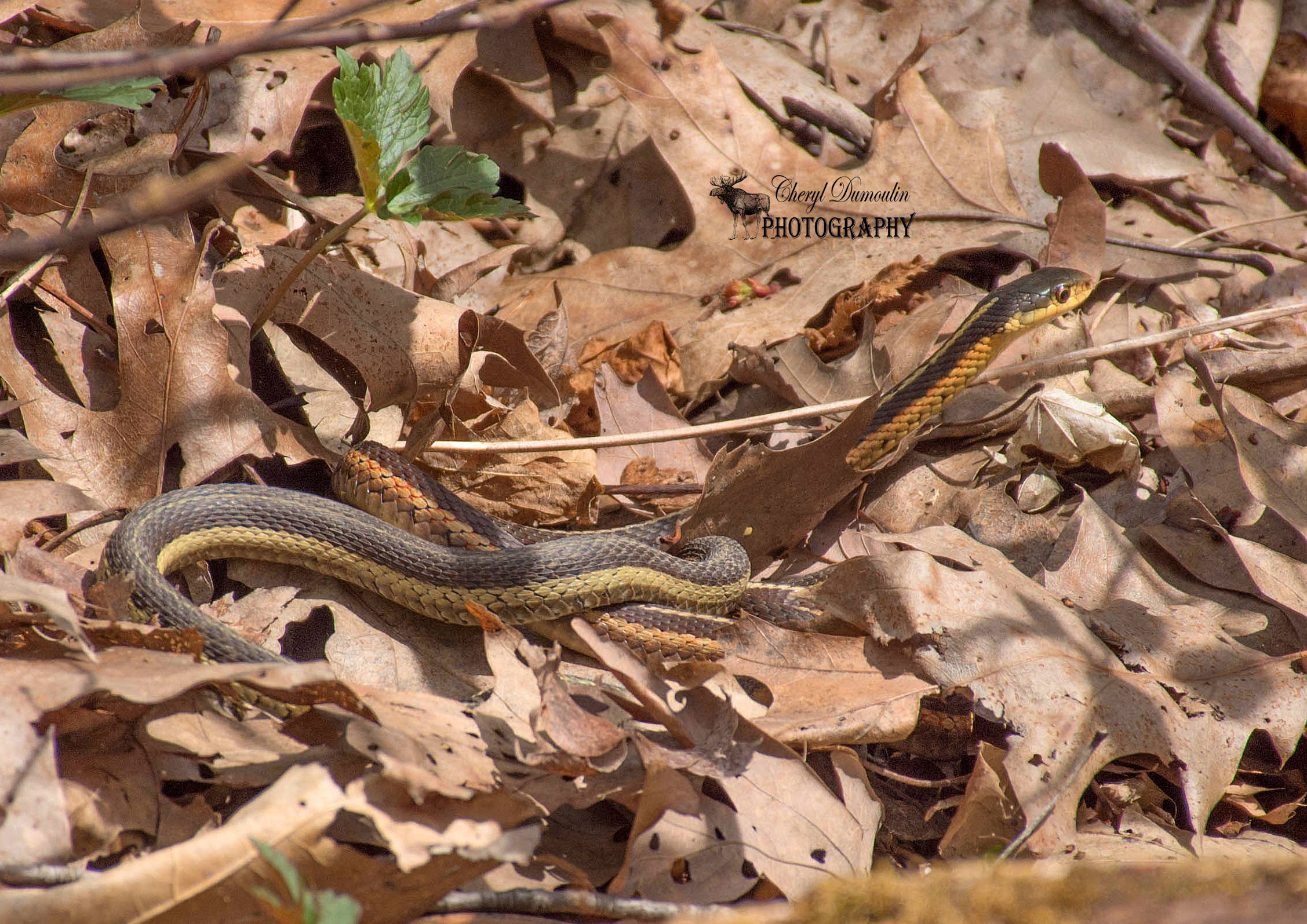 Warbler Woods is located in the west end of London, Ontario off of Commissioners Road near the Oxford Street extension. The environmentally significant area covers 29 hectares and acts as a natural corridor extending north to Kains Woods. There are 3.9 kms of trails to enjoy which are managed with yellow blazes on the trees. The trails are quite challenging with several sections that are very steep. Warbler Woods is also an excellent area to view many species of birds and animals.

During my visit to the area, I passed another hiker who let me know that he had spotted a bunch of garter snakes over the hill along the side of the trail. As I made my way in that direction, I was keeping my eye out for movement on the forest floor. When I had reached the part of the trail where the other hiker had said he had seen the snakes, I noticed a couple of them moving around.

Now I am extremely afraid of snakes but they were far enough away from where I was standing and the friend I was hiking with kept a close eye on their movements so I could try and take some photographs. Since they were moving so quickly I just snapped as many photos as possible and hoped that some of them had turned out.

Once I had gotten home and transferred the photos off of my camera I finally got a closer look at what we had been watching. The garter snakes that had been moving around on the forest floor were actually mating. Two of the snakes with yellow markings down their sides were wrapping themselves around a larger snake with red markings. I’m not completely sure of the sex of the snakes but I have a feeling that the one with red markings was the female.

Below are the photographs I took during my encounter with those garter snakes. 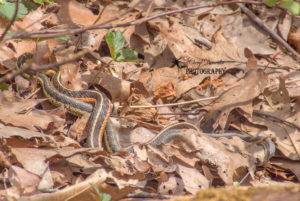 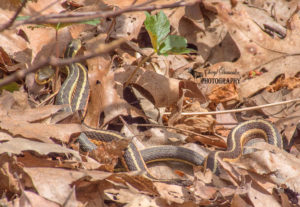 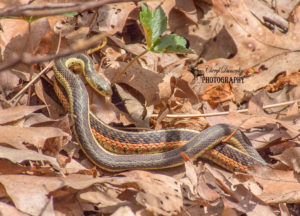 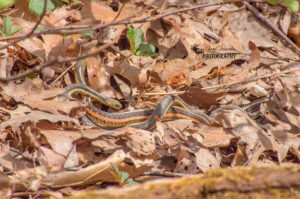 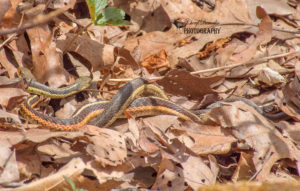 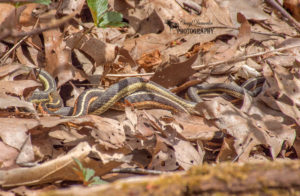 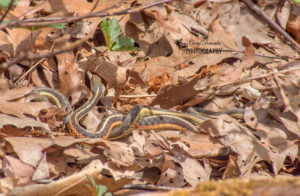 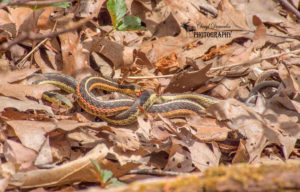 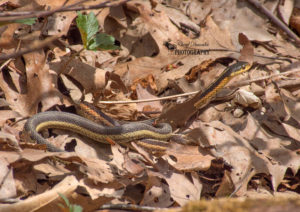