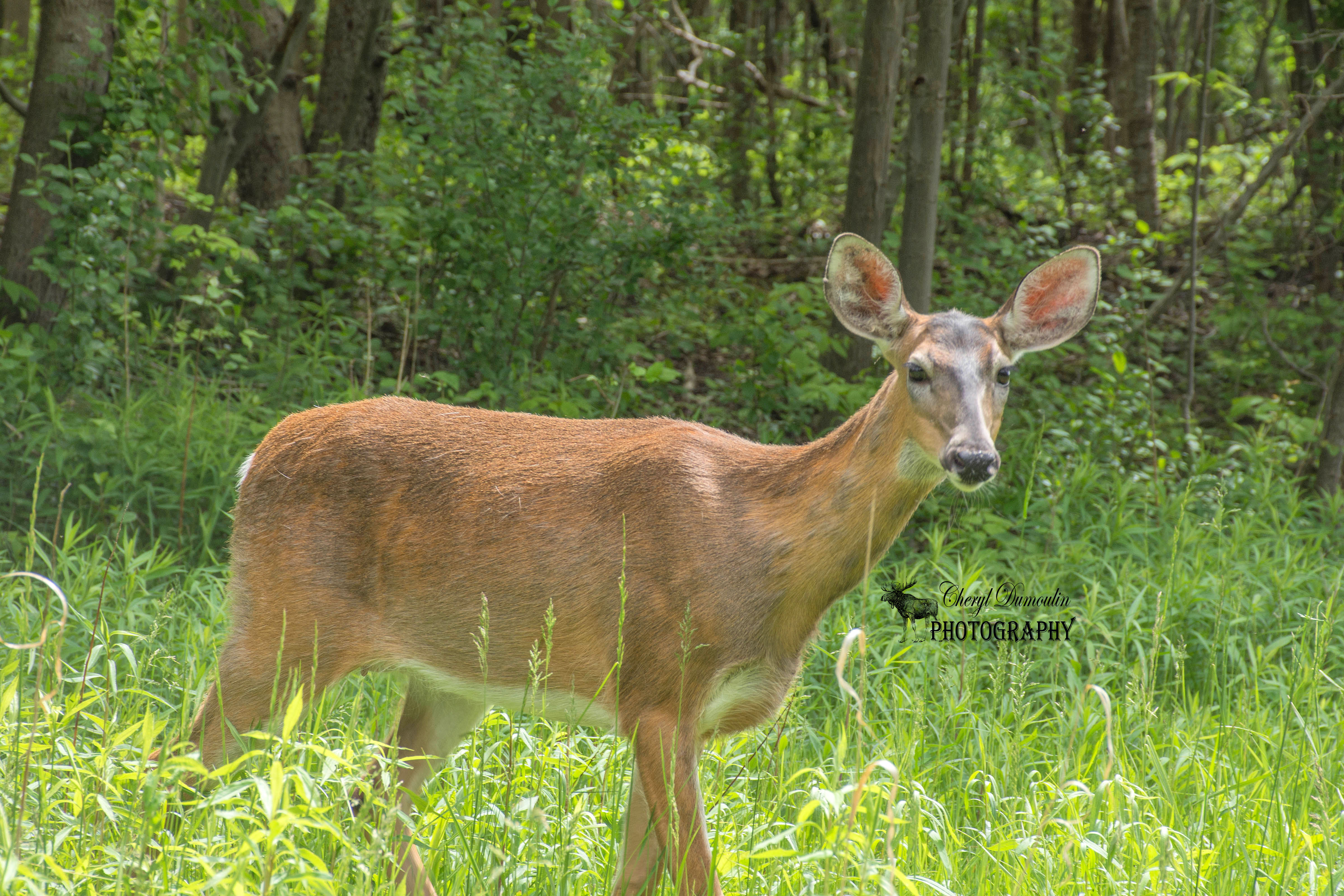 Kains Woods is an environmentally significant area which is located in west London, Ontario. It consists of 28 hectares that runs along the Thames River. There are two main access points from which you can enter the 5.8 km trail and the trail is marked with white and yellow blazes on the trees. The trail offers a challenge to hikers as there are several steep sections and the trail also tends to get muddy in certain areas.

There is a diverse plant community covering the forest floor which flows along the sloping hills and floodplain including hemlock groves and ferns. The area is also a corridor for birds and animals migrating along the river. Bald Eagles have been seen nesting in the area and Killdeer and Great Blue Heron are often seen along the riverbanks. Several species of songbirds also reside in the woods including Rose-breasted Grosbeak and Downy Woodpecker.

Click here to view a map of Kains Woods

When I visited Kains Woods I immediately noticed how incredibly different the landscape was as the trail winded its way alongside the Thames River. The hike was definitely challenging and it didn’t take long after entering the forest for it to become very steep. After climbing over some of the many hills I reached a low lying area where the path seemed to run parallel with the river. As I took a moment to take in the scenery I noticed several chipmunks running around in the brush. Luckily a few of them decided to pose momentarily for me before taking off again into the woods allowing me a chance to photograph them.

After spending a number of hours exploring the area I decided to turn back in the direction I came from and made my way back to where I had started. As I followed the trail back towards the entrance, I paused every so often to admire the general beauty of the forest and to take in my overall surroundings. Once I had reached the beginning of the trail, I exited the forest making my way up a steep hill.

All of a sudden I felt as if there was something directly next to me and when I looked up I realized that there was a white tailed deer standing just off the path to my left.  At first I thought the deer would be frightened and run off but it didn’t seem to be scared at all. In fact it continued to munch on the grass all around it and just stood there as I began to photograph it.  Eventually it crossed the path in front of me and slowly made its way into the forest on the opposite side.  It allowed me to take several photos of it  and remained at the edge of the tree line even after I started making my way up the rest of the hill.

Below are some photos taken during my visit to Kains Woods. I hope you enjoy them. 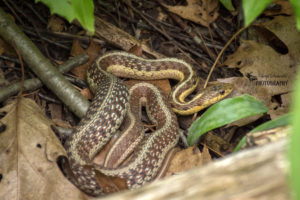 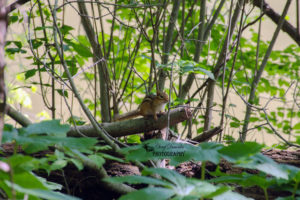 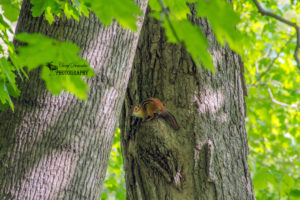 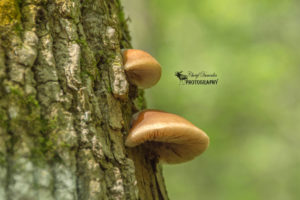 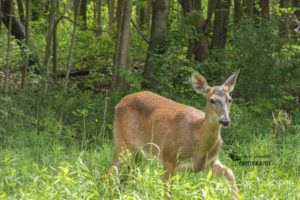 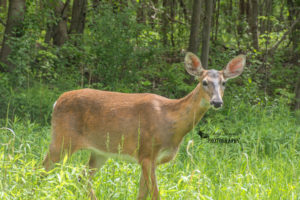 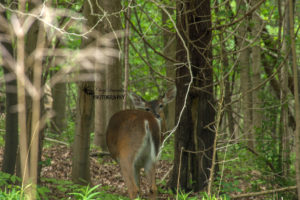 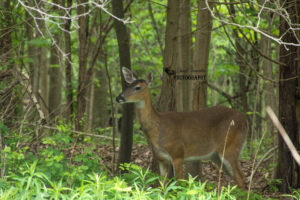