During the Family Day long weekend, I made a trip to Woodland Cemetery, which is located at the corner of Wonderland Road and Springbank Drive in London, Ontario. It is known by locals that there is a healthy population of deer living in the cemetery and I have often observed them from the road.

The weather on Saturday was warm and sunny so I was hoping that this would be a great opportunity to capture some photos of the deer with my new camera.  I grabbed my camera bag, jumped in my car and headed out. When I pulled into the entrance I was mindful to ensure that a funeral wasn’t in progress and carefully proceeded to drive down one of the many roads keeping an eye out for deer.

As I headed down one of the roads, I noticed some people walking out of the corner of my eye that appeared to be looking over at something. I turned my car in their direction and soon realized that what they were looking at was deer in behind some of the headstones.  I quickly put my car in park, grabbed my camera and walked in the direction of the deer.

Being extremely careful not to spook the deer, I removed my lens cap and turned my camera on. When I finally had a clear view of the deer I found a tree that I could stand behind so I wouldn’t disturb them. I made a few quick adjustments to my aperture, shutter speed and ISO and began taking some pictures.

The deer didn’t seem to mind my presence and only stopped a few times, inquisitively noticing the fact that I was photographing them. One of the deer were especially interested in my camera and got particularly close to me. In fact, it stood still in the same spot for several minutes as if to pose for me.

I snapped as many shots as I could before the deer started to move into another part of the cemetery. At that point, I got back in my car and followed them to where they had headed. After parking my car, I got out my camera again and proceeded to find a good spot to take some more photos.

Finally, after a few more minutes had passed by, the deer again moved to another part of the cemetery. After walking back to my vehicle, I made the decision not to follow the deer any further since I had taken lots of photos.

Below are some of the images that I took from that day. I will definitely be returning to the cemetery in the spring with the hopes of capturing some fawns with their parents. 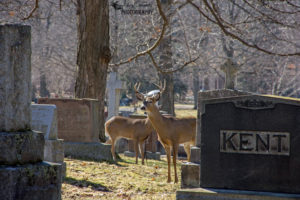 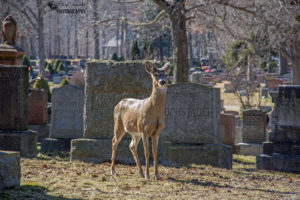 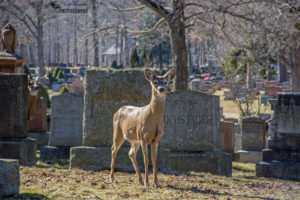 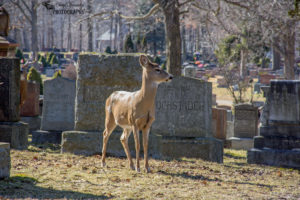 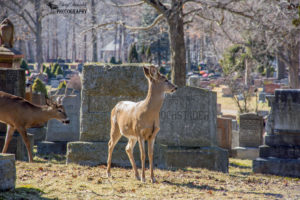 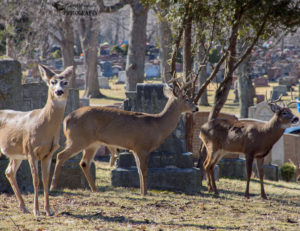 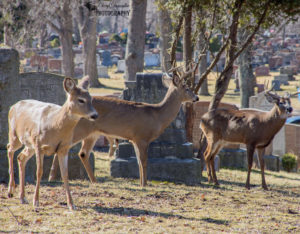 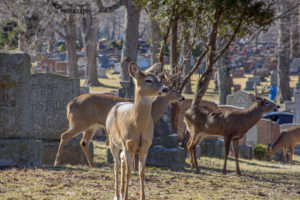 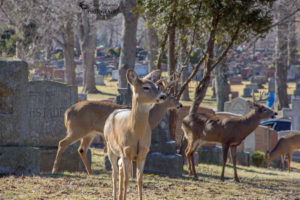 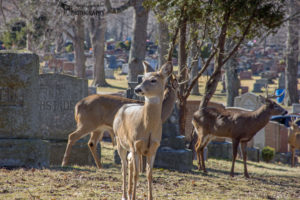 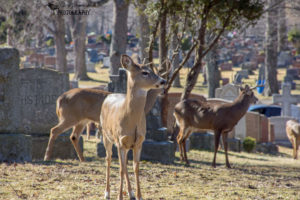 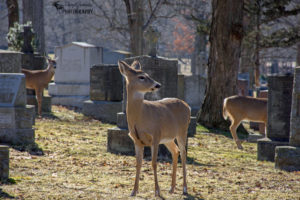 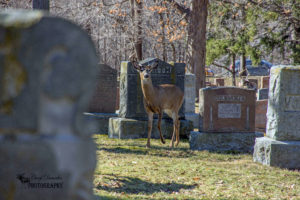