The Sifton Bog is a unique wetland found within the city limits of London, Ontario. Over the years it has undergone several name changes but it was renamed after the donation of the land by Sifton Construction Company in 1962.

The bog is considered to be the most southerly acidic bog in Canada containing a number of rare species of plants which would normally be found in northern climates. The Deciduous swamp containing boreal plant life is surrounded by Carolinian woods which provides a sharp contrast between the two vegetation types.

There are several trails found within the site including a 37o metre long boardwalk which leads to Redmond’s Pond. The pond is located at the centre of the bog where there is a viewing platform. You are able to observe the bog’s most unique plant life from the platform in Redmond’s Pond.

A variety of wildlife can be found within the bog including numerous species of warblers, sparrows and other migrant birds. Frogs, turtles, raccoons, squirrels and chipmunks can also be seen in the drier areas of the habitat. Most frequently observed by visitors, however, is the population of white tailed deer, which have had a large impact on forest regeneration.

Click here to view a map of the Sifton Bog

Below are some photos that I took on a recent visit to the bog travelling along the boardwalk trail. You can see some green starting to appear in the peat moss and vegetation as the bog is beginning to wake up after this winter. I am looking forward to visiting again in the spring and summer months to capture the varying beauty that makes the Sifton Bog such a rare gem in the City of London. 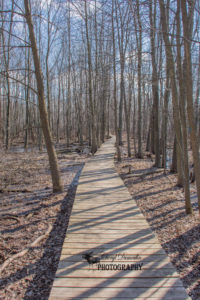 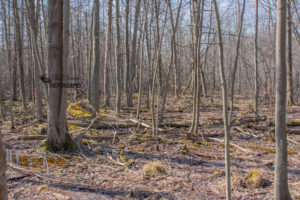 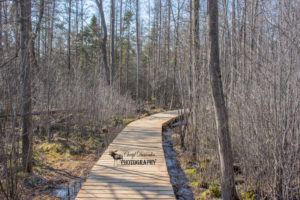 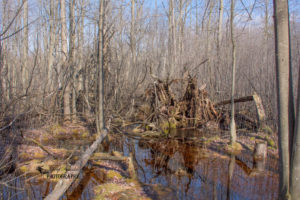 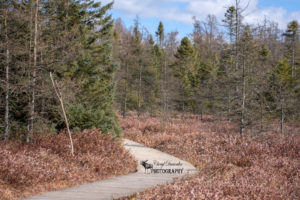