Mallard ducks are found within North America as well as many other regions around the world. They inhabit various wetland areas including parks, ponds, rivers, lakes and shallow inlets. The male mallard has a bright green head with grey feathers throughout its wings and body. The female mallard, on the other hand, has mostly brown speckled plumage.

Recently while out on a Saturday afternoon, I made a stop at McKillop Park in London, Ontario, with the hope of photographing some mallard ducks. There is a small parking lot at the corner of Riverside Drive and Wonderland Road, which leads to a small dock down by the Thames River where many mallard ducks frequently gather.

I turned my vehicle into the parking lot, parked my car and grabbed my camera. As I made my way down to the dock by the river, I realized that I was the only person that was there. This was a particularly nice thing because I had the ducks to myself which would allow me to take my time in capturing some photographs of them.

Once down by the river I spotted several male and female mallard ducks. I made some adjustments to my camera settings and started taking some photos. As the ducks swam around the dock I got closer to where many of them were hanging out. After observing the ducks for a little while I decided to sit down at the edge of the dock and I continued to capture some more photographs.

Finally satisfied that I had taken enough photos, I decided to head home so I could begin the editing process. Below are some of the pictures that I took from that afternoon. 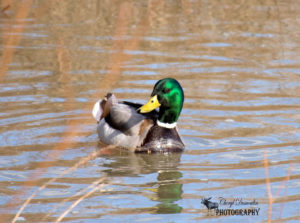 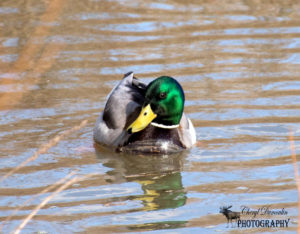 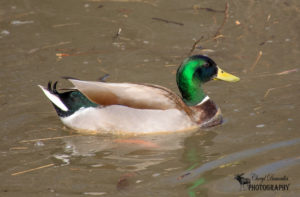 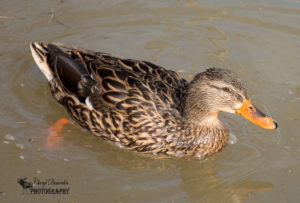 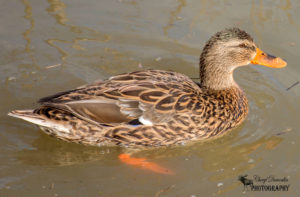 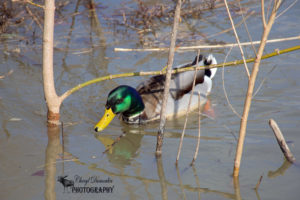 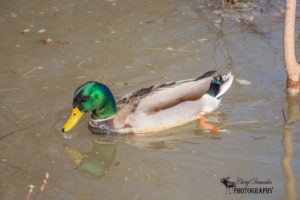