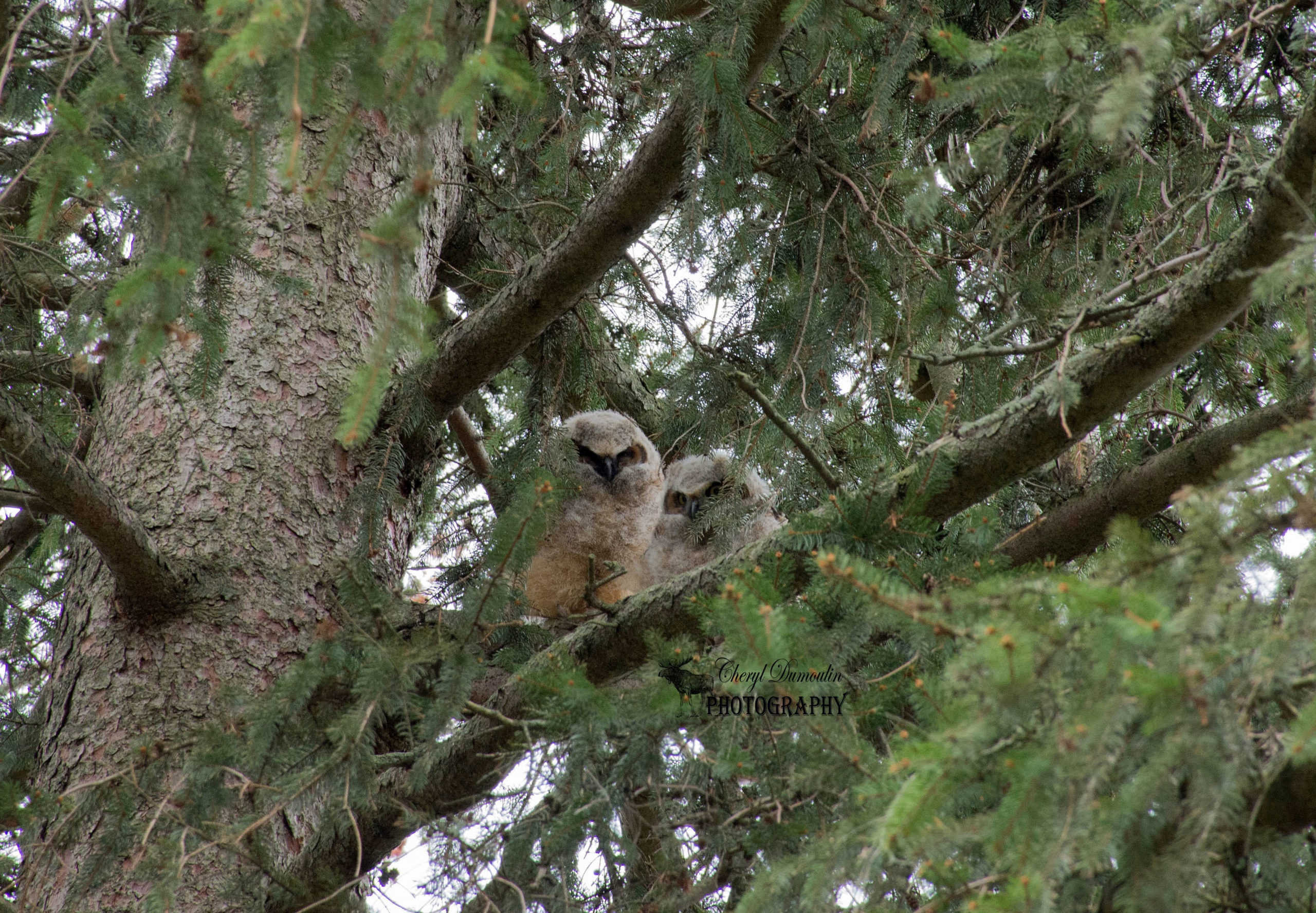 This year I had the privilege of watching a pair of Great Horned Owlets from the time they were born to when they fledged.

In a local cemetery, a pair of Great Horned Owls breed and nest in the same tree every year. Once I knew that mom was sitting in the tree, it was only a matter of time before the little ones would make an appearance.

I will never forget the first time I caught a glimpse of one of the owlets hiding behind mom. I could just make out the little white feathers and its yellow eyes peering out.

Eventually mom would leave the littles ones on their own but would never be too far away. As they got bigger and more curious about the world, they would come closer to the edge of the nest hole. That made for fantastic opportunities to photograph them during their development.

Unfortunately a frequent pest that would constantly bother the babies were the Canada Geese. The geese would squabble amongst themselves until finally one or more would fly up and land on a branch near the nest. The babies were sometimes curious and would look to see what was going on.

Some bolder geese would actually fly at the nest hole and would scare the babies (pictured below). It got too close for comfort a few times and that was when mom would fly in and make sure the geese knew who was boss.

As the babies continued to grow and got more comfortable in their bodies, they began to climb out of the nest. They couldn’t fly yet so perching was the safest way to explore the outside world.

Finally they left the nest and took refuge in the nearby trees. Mom and Dad would still continue to provide food but kept their distance. A half eaten rabbit found at the base of the tree was evidence of their ongoing parenting.

It was truly amazing to witness this pair of owlets from their birth to them fledging. Watching them grow and learn with the help of their parents was a privilege to observe. I am hopeful that they are both thriving out in the world now as adults.